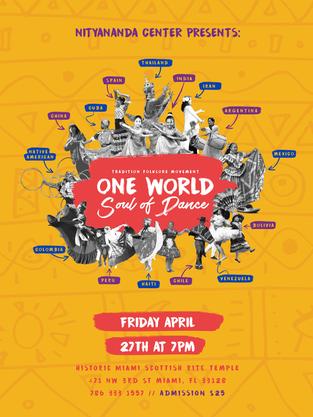 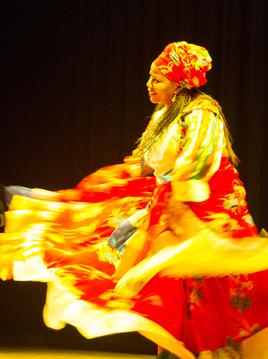 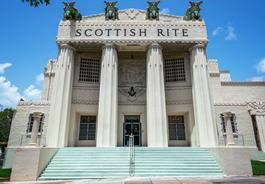 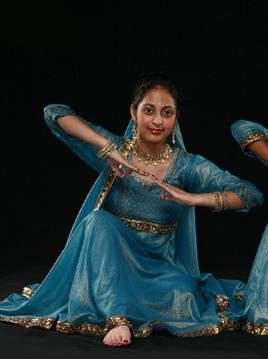 The founder of Marinera 305, Marcelo Fernandez starting dancing at 6 years old just by observing experience dancers. His family saw his gift and from age seven, and for fifteen years, Marcelo's day started at 5:30 am, rain or shine. He would have three dance lessons a day.  Due to his school the workload was intense, but he kept to his craft. By the age of twenty-one Marcelo had studied at some of the most prestigious dance schools in Peru, and under some of the most renowned instructors. His diligence earned him first place at the National Marinera Championship organized by the "Libertad de Trujillo" club, and he is a five time finalist of that same competition. He has now decided to begin instructing a new generation of Marinera Norteña dancers, here in Miami, FL in his studio Marinera 305, located in Kendall. 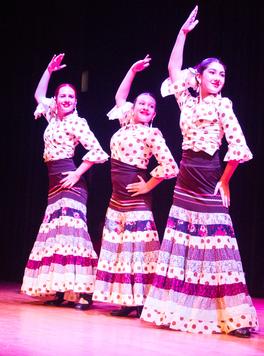 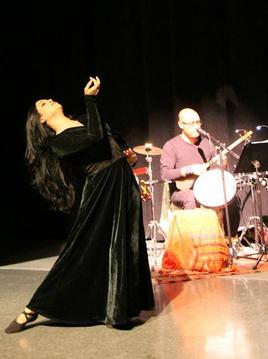 Reza Filsoofi is an accomplished musician from Iran. He plays several traditional Persian instruments such as the santoor, setar, tombak and daf.     Reza teaches and performs in many events in Florida to introduce authentic Persian music to all. He released his first CD recording 'Whispers of Persia'.

​Roshana Nofret is a world-renowned performer, instructor, and choreographer of Middle Eastern, Silk Road, and Central Asian dances. Roshana seamlessly fuses traditional and contemporary dance elements while keeping the original essence and character of each dance, producing a uniquely delightful and engaging cultural experience both on stage and in her classes and workshops.

The usual interpretation 'la cueca' dance tries to reenact the courting ritual of a rooster and a hen. The male displays a quite enthusiastic and at times even aggressive attitude while attempting to court the female, who is elusive and defensive. The dance often finishes with the man kneeling on one knee, with the woman placing her foot triumphantly on his raised knee. The clothing worn during the cueca dance is very traditional Chilean clothes. The men wear the huaso's hat, shirts, flannel poncho, riding pants and boots, short jacket, riding boots, and spurs. Women wear flowered dresses. Officially declared as the national dance of Chile in 1979, the Cueca continues to enjoy great prestige and widespread popularity as an expression of cultural identity. Rene Murua is the founder of 'Danza de la Frontera' representing Chile. 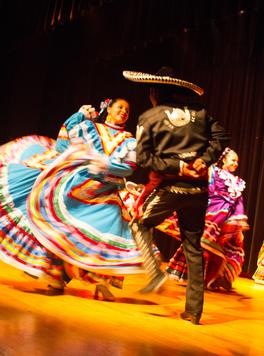 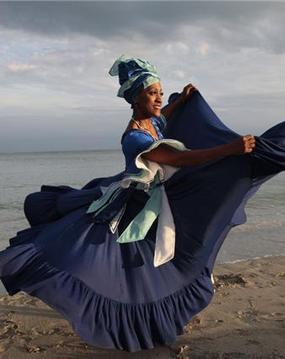 ​Tango Times Dance Company was created by Oscar Caballero & Roxana Garber with dancers that learned at the Tango Times Dance School Argentine Tango and Folklore. The dancers and the directors work very hard during the year rehearsing and creating new shows to be held in different stages in Florida.

Tango Times Dance Company has been recognized by important entities such as WIZO, Estudio 27 and the City of Doral. They have been also featured several times in the Miami Herald, and have earned several awards.

Shortip Kutil (Lady Nuu) trained in Thailand at the Dramatic Arts College in Bangkok.
As she progressed in her training her teachers hand picked students to dance for the Thailand Ministry of Culture as a welcome committee for visiting dignitaries, and Thai Government.  Lady Nuu was one of the students chosen to perform for the King of Thailand and visiting dignitaries such as the Queen of Denmark, Japanese Ministers and in many other prestigious events all over the world.​​ 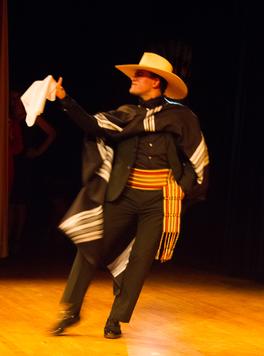 Flamenco is strongly associated with the GITANOS (Romani people of Spain) - however, unlike Romani music of Eastern Europe, the style is distinctively Andalusian and a fusion of the various cultures of southern Spain.
Esther Pardo and Edwin Suarez, founders of Baila Flamenco Dance Company, 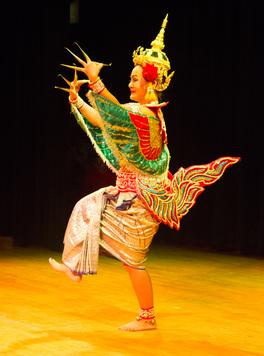 ​For the fourth year in a row, Ana and Chet Alexander, founders of the not for profit, Nityananda Center will once again be bringing their beloved multi-cultural dance festival One World Soul of Dance to Miami.

Professional folkloric dancers from all over the world are coming together for one night to honor their country’s heritage and culture. This is the only event of its kind that brings dancers from diverse nationalities under one roof.​​​​​​​ One of the best Miami events!

Mexico’s modern folk dance tradition is a blending of elements from its Indigenous, African and European heritage. Before the arrival of the Spanish, indigenous dance developed with strong ties to the religious practices. For the Aztecs, there were two levels of dance, one for the common people, often related to the agricultural cycle and those for the elite. After the Conquest, the Spanish initially worked to eradicate indigenous dances, considering them “too pagan” and succeeded with a number of forms, especially those associated with the priest and ruling classes. However, they were unable to eradicate the more popular forms, especially in the rural and more inaccessible regions. It is one of the few areas where indigenous practices are conserved and promoted rather than eliminated.
​Grupo Folklórico Timanati

The Nancy St Leger NSL Danse Ensemble is a performance collective dedicated to the preservation of authentic Haitian folkloric dance. NSL dancers perform a wide variety of dances originating from Haiti's long history of independence, pride, and cultural wealth. In bright, beautiful costumes, the dancers' bold, energetic movements can transform any room into a stage.
In their studio, they offer weekly dance classes and workshops along with principal dancers from the ensemble and live drums!

Their mission is to 'break the frontiers' to prove there are no geographical, or personal barriers to carry a tradition and culture with joy and pride. 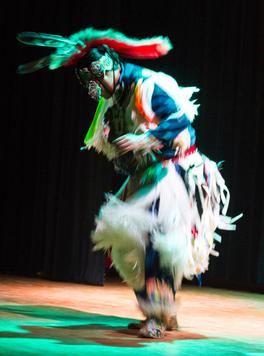 Venezuela Danza y Tambor made their first public appearance in 2008.  Created with the intention of bringing the dance of the drums to the great festivals of South Florida, USA. They merge different rhythms, songs and tunes from different parts of Venezuela where these customs and traditions are performed.  Venezuela Danza y Tambor is considered today as the best group of its kind that express their culture outside of Venezuela. They have appeared in several different television programs, radio stations and magazines across South Florida. ​

Native American dance styles are beautiful and as varied as the cultures themselves. Each tribe has a style of dance that represents its culture as well as the dances that have been adopted by many different tribes. The styles of dance we will present at the show are what you would see at a powwow. These dances are danced by people across many different tribes. ​

The American Indian Association of Florida, Inc. (AIA) has been in existence since 1970.  They are a non-profit, non-political, intertribal organization open to those with Native blood as well as anyone interested in Native American culture. 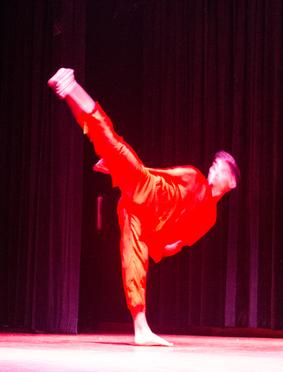 IMAT (International Martial Arts Temple) was founded in the 70's in England and started in Miami in 2009, with the opening of Nityananda Center in Coconut Grove. Students are exposed to different Martial Art styles from China, like Chi Gong, Kung Fu and Taoist teachings. From the beginning IMAT has helped hundreds of young women and men to become leaders and to grow in health, character and as compassionate human beings. Many students have founded their own schools in different parts of the world keeping the IMAT traditions alive. 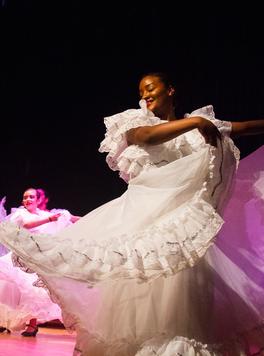 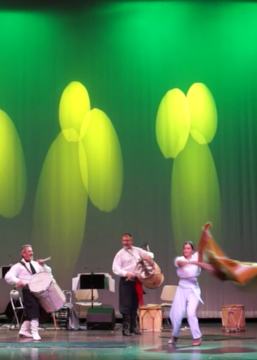 Marisol Blanco began studying folkloric Afro-Cuban dance when she was 8 years old. She studied dance (specializing in folkloric dance) at the prestigious Institute Superior de Arte in Havana, Cuba and later was a dance teacher and choreographer at the Escuela Nacional de Arte.
In 2008, Marisol left Cuba for Miami, Florida and began teaching Afro-Cuban dance classes as well as performing with various groups as well as for TV shows like Cubana Television. She has performed with Miami's most renowned folkloric music and dance groups Ife-Ile Afro-Cuban dance (led by Neri Torres) and Los Herederos, led by Philbert Armenteros, as well as for the Brazilian group Mano Santa. 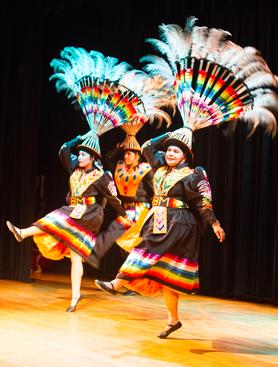 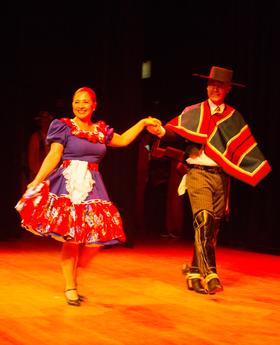 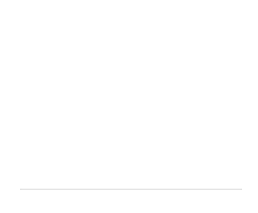 The very heart of Bolivia is its music and folkloric expressions. The traditions presented through its dances demonstrate a rich and ancient heritage that describes much of the Bolivian spirit. As a way to capture this spirit, Bolivia Mágica Ballet Foklórico was founded in 1992 as a non-profit organization, registered in the state of Florida. After great effort and dedication, by studying and researching the various folkloric dances, to guarantee the legitimacy of their origin, Bolivia Mágica has incorporated in its repertoire a variety of choreographies that through their theatrical presentations, have demonstrated the richness of the music, and the customs and traditions of their beautiful country, Bolivia. 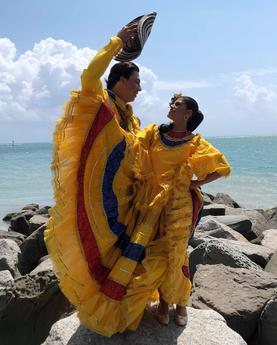 Geeta has been a part of the 2009 and 2010 Miami Dance Festival. Her dance class was featured on FOX’s Deco Drive and she was also featured on NBC’s South Florida Today where her students performed to “Jai Ho” the song from the Oscar winning “Slum Dog Millionaire”. In 2010 her students performed at the Miami Dade Public Library’s “International Art of Story Telling Festival” and at the “Miami Mumbai Night” held at the Miami Beach Botanical Gardens. Geeta currently teaches Bollywood Dance at Miami Dade Community College. She and her students have performed at events held by the March of Dimes, the Chinmaya Mission in South Florida, the Association of Indians in America – South Florida, the Sindhi Association of South Florida and the Arya Samaj of Miami. She currently teaches Indian Classical, Kathak and Bollywood dance styles. 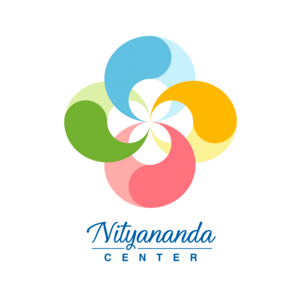 This year’s festival will include 15 performances by the following countries: